Bode Forensic Genealogy Service (FGS) was used in the following recent cases to help identify new investigative leads from cold cases going back as far as 1956.

Bode FGS also identified a unknown victim from remains dating back to 1881.

Bode has worked on more than 200 cases for forensic genealogy. These cases have provided new investigative leads in cases that had gone cold. Bode works closely with investigators, crime laboratories and attorneys to determine the best approach for testing and investigating cases. 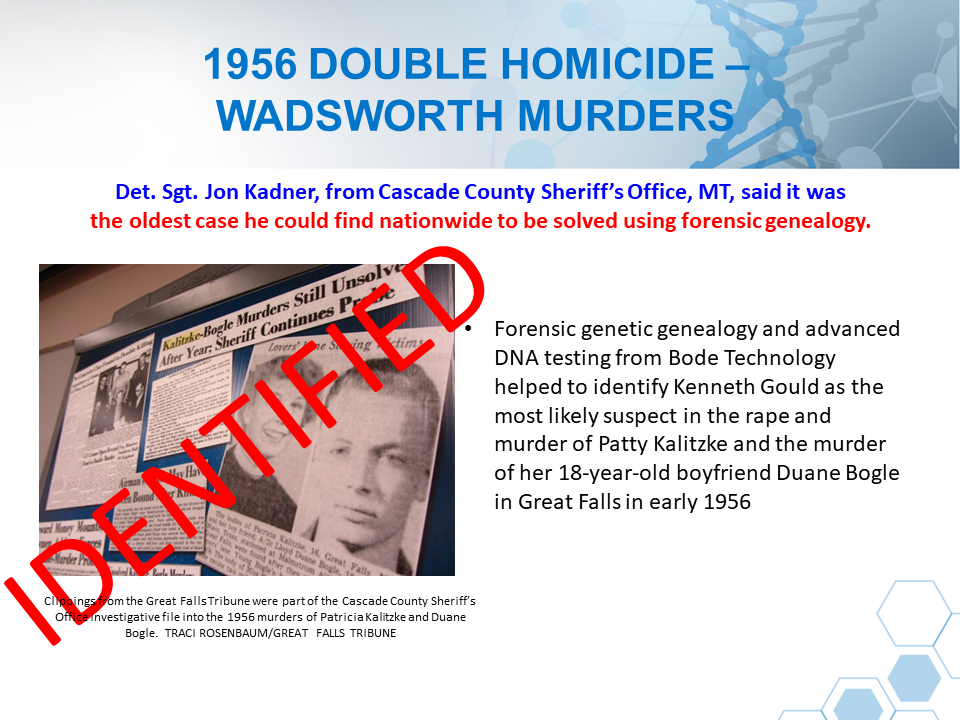 Congratulations to the Cascade County Sheriff's Office on solving these cold cases.

Bode is proud to have helped with Forensic Genealogy and Advanced DNA Testing.

Det. Sgt. Jon Kadner, from the Cascade County Sheriff's Office, MT, said it was the oldest case he could find nationwide to be solved using forensic genealogy. 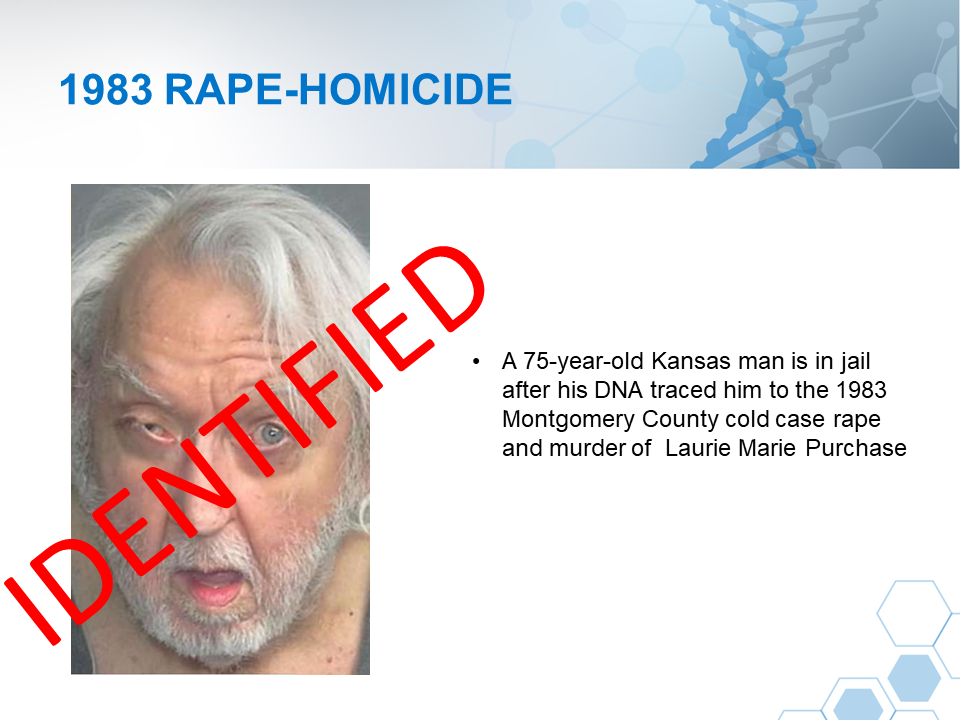 Montgomery County (TX) - A link to the perpetrator was made when cold case investigators sent collected DNA for forensic genetic genealogy testing in October, 2019. As a result, a DNA search warrant on Darnell was granted. Sheriff’s detectives went to Kansas City, Kan. to collect a sample from Darnell on March 17, 2021. This was 38 years to the date of the discovery of Purchase’s remains, the agency detailed. 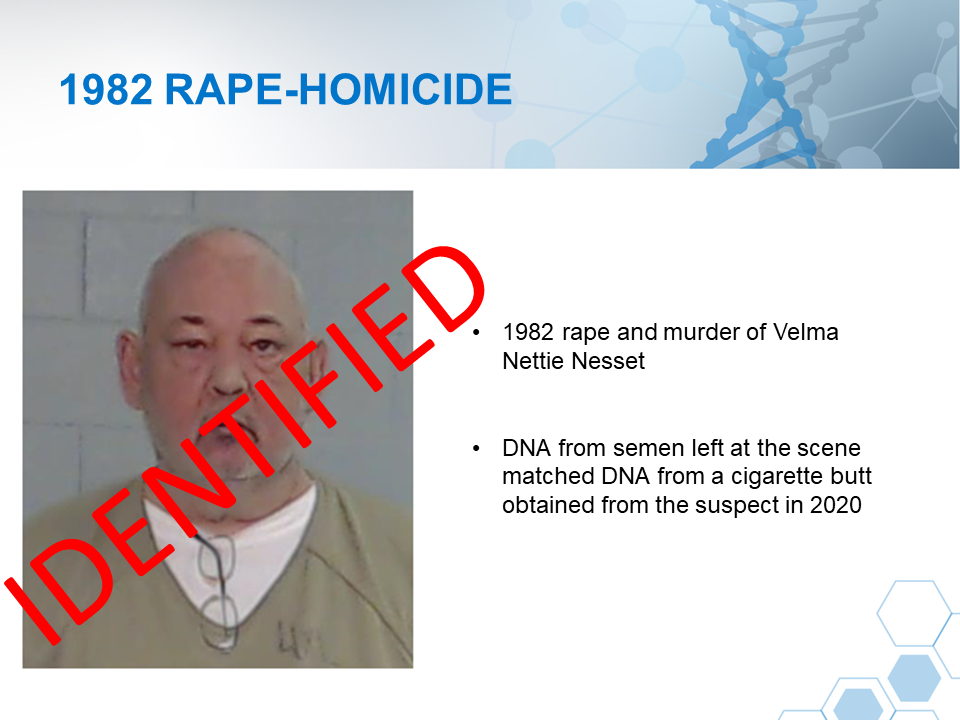 DNA from the scene of the 1982 rape and murder of Velma Nesset matched DNA from a cigarette butt obtained from the suspect in 2020. 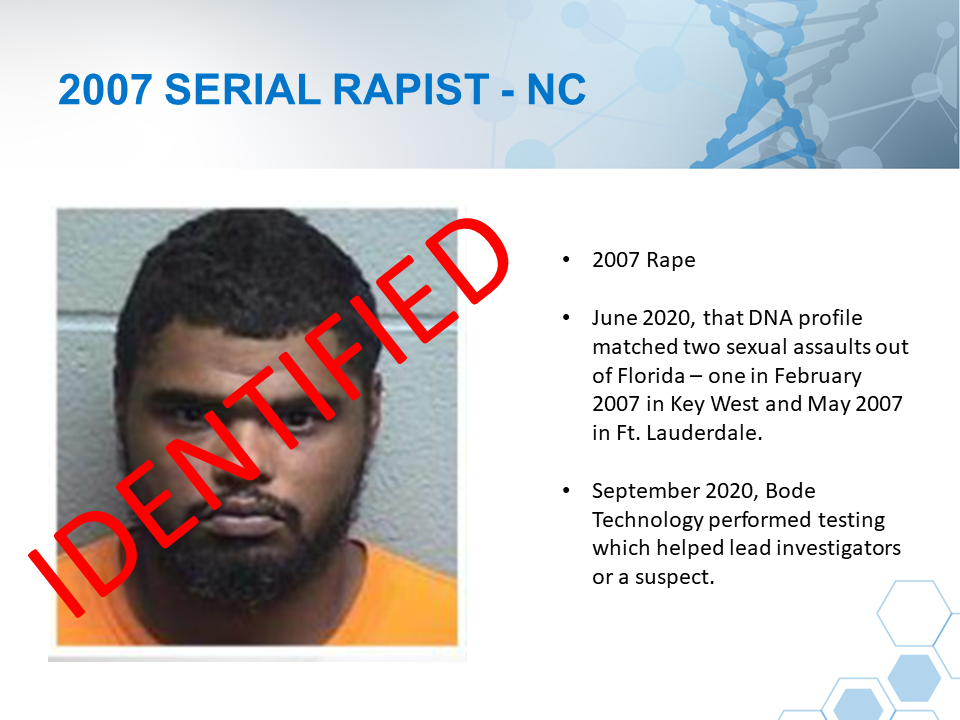 Serial rapist commits 3 rapes in 2007 and is identified by Bode Technology in 2020. 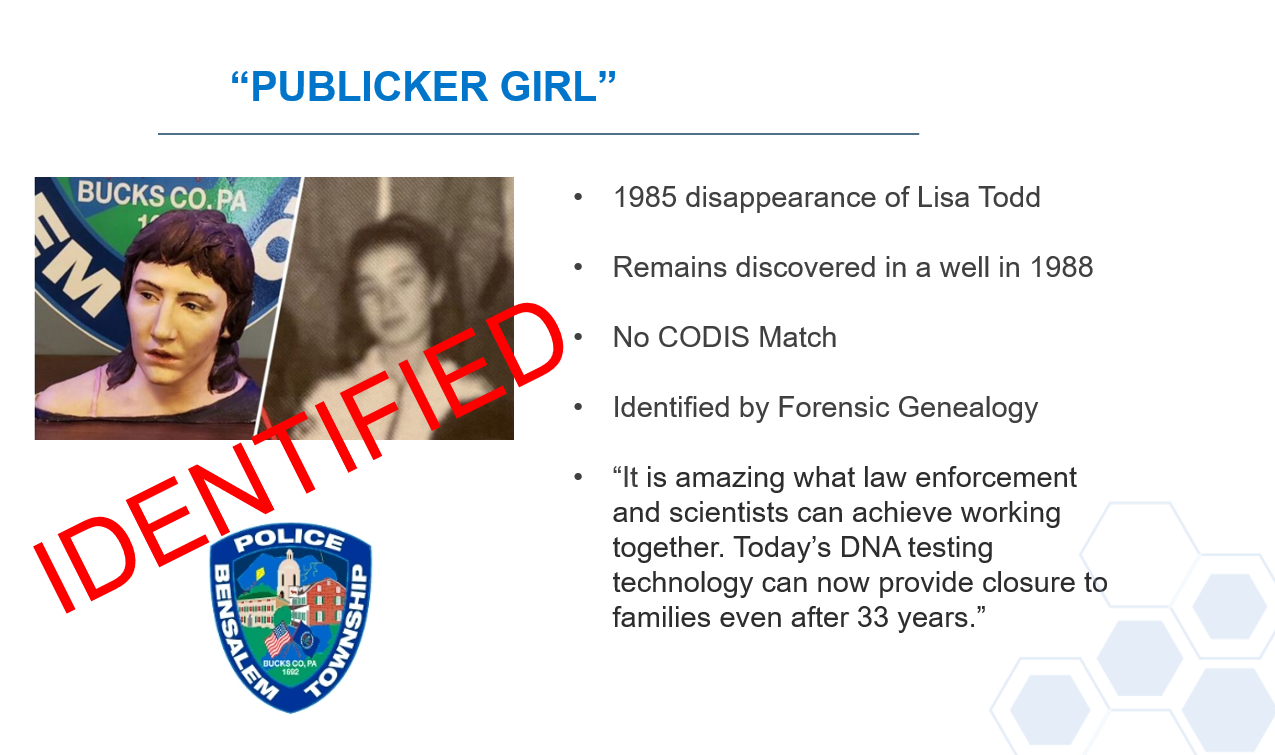 Bode supported the Bensalem Township Police Department in the identification of Lisa Todd. Todd's remains were discovered in 1988 in a well, three years after her disappearance. Her identity was not known until forensic genealogy identified her remains. Bode was able to utilize proprietary DNA extraction methods to obtain enough quality DNA to peform Genome Sequencing and generate a useable profile for upload to GEDMatch.

More information can be found here on DNASolves.com. 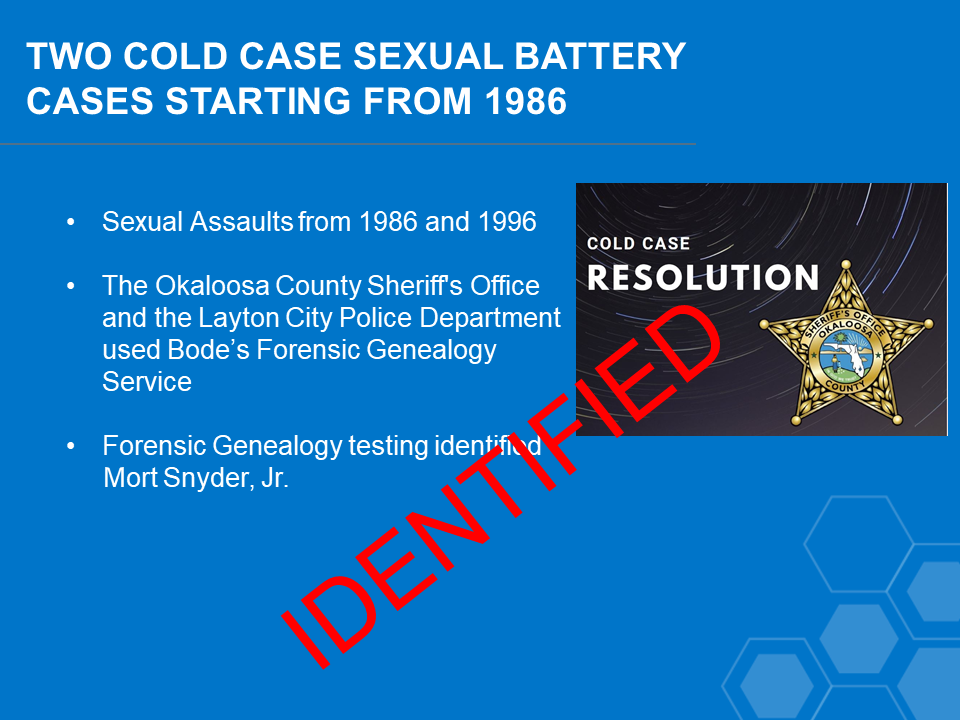 Bode was happy to assist the Okaloosa County Sheriff's Office and the Layton City Police Department with forensic genetic genealogy testing that led to the identification of the perpetrator of two cold case sexual battery cases from 1986 and 1996. 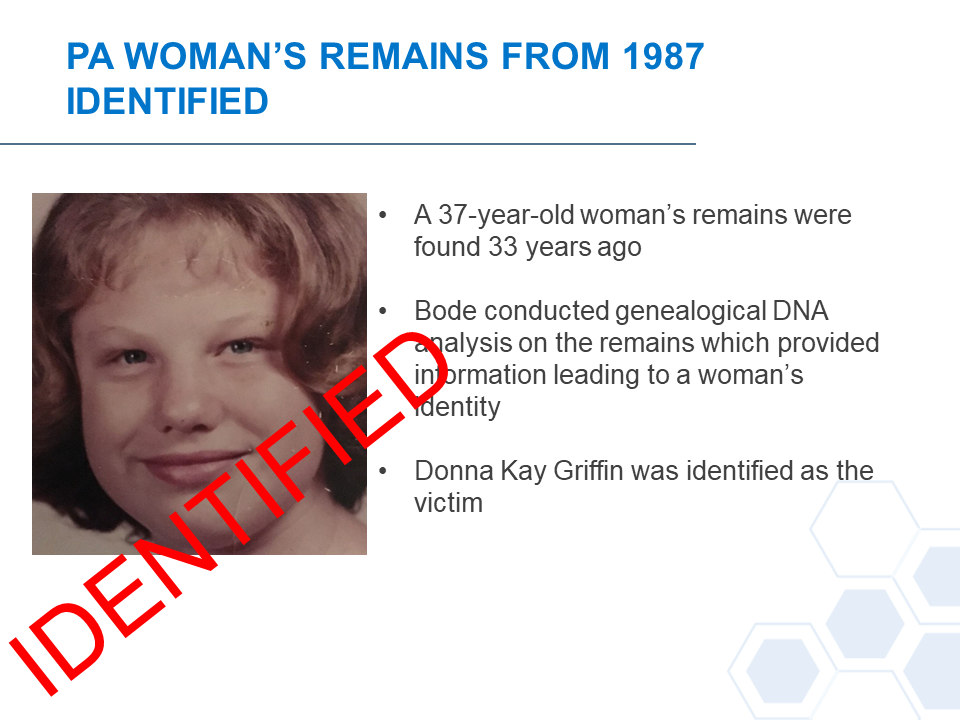 The remains of Donna Kay Griffin were discovered in Bushkill Township in 1987.  Investigators were able to identify Griffin with help from Bode Technology, which provided forensic genealogical DNA analysis and assisted the FBI in finding her next of kin, Griffin's child. 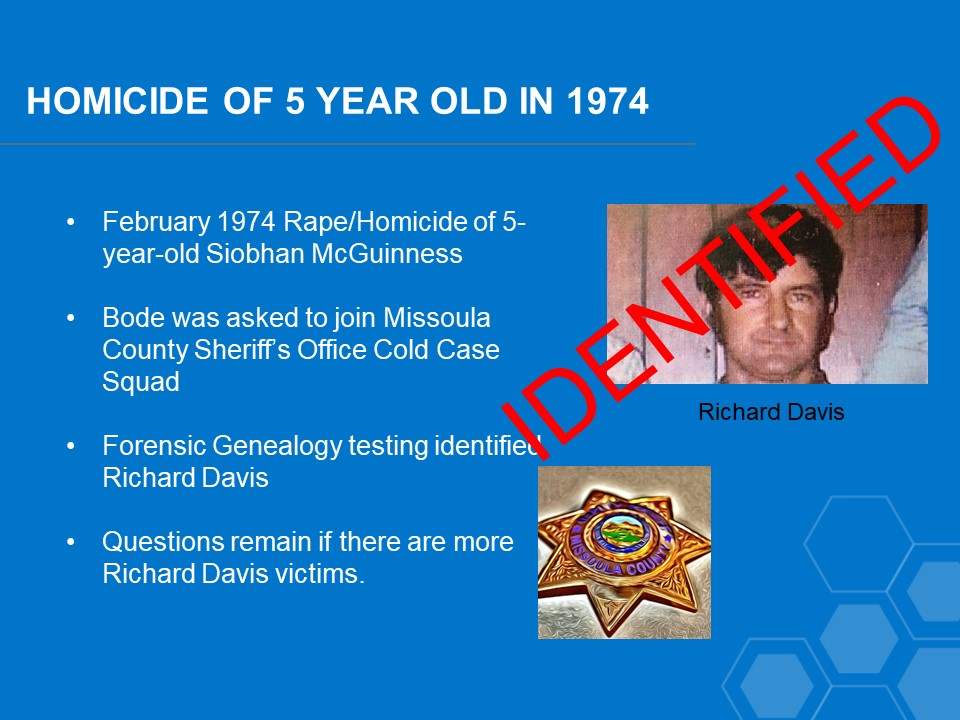 Bode Technology was asked to join Missoula County Sheriff's Office Cold Case Squad to help identify the perpetrator of the 1974 rape and murder of 5-year-old Siobhan McGuinness.  Forensic Genealogy testing identified Richard Davis.  Questions remain if there are more of his victims. 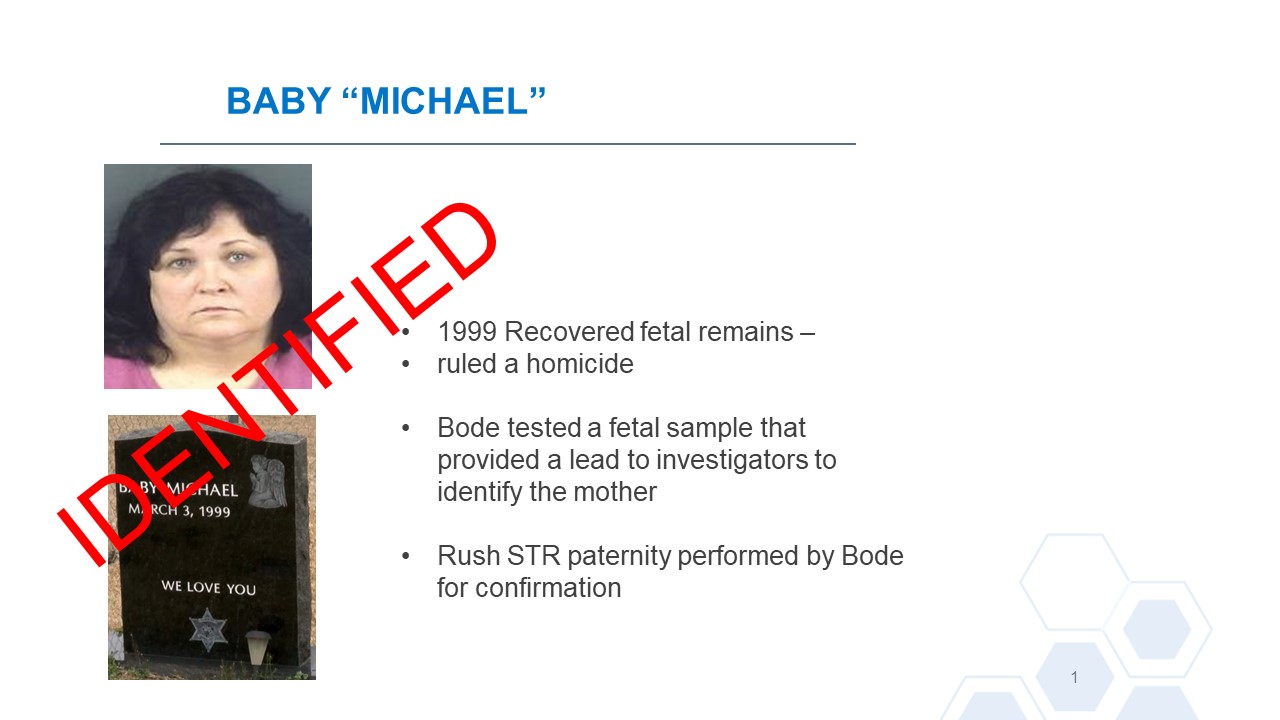 Through the use of Forensic Genealogy and work with the Cumberland County Sheriff's Office (NC), Bode was able to help provide the identification on unknown remains of Baby "Michael". Baby Michael's remains were found in 1999 and the case has been considered a homicide.

The identification of the remains provided the Sheriff's Office with an investigative lead that identified the mother. 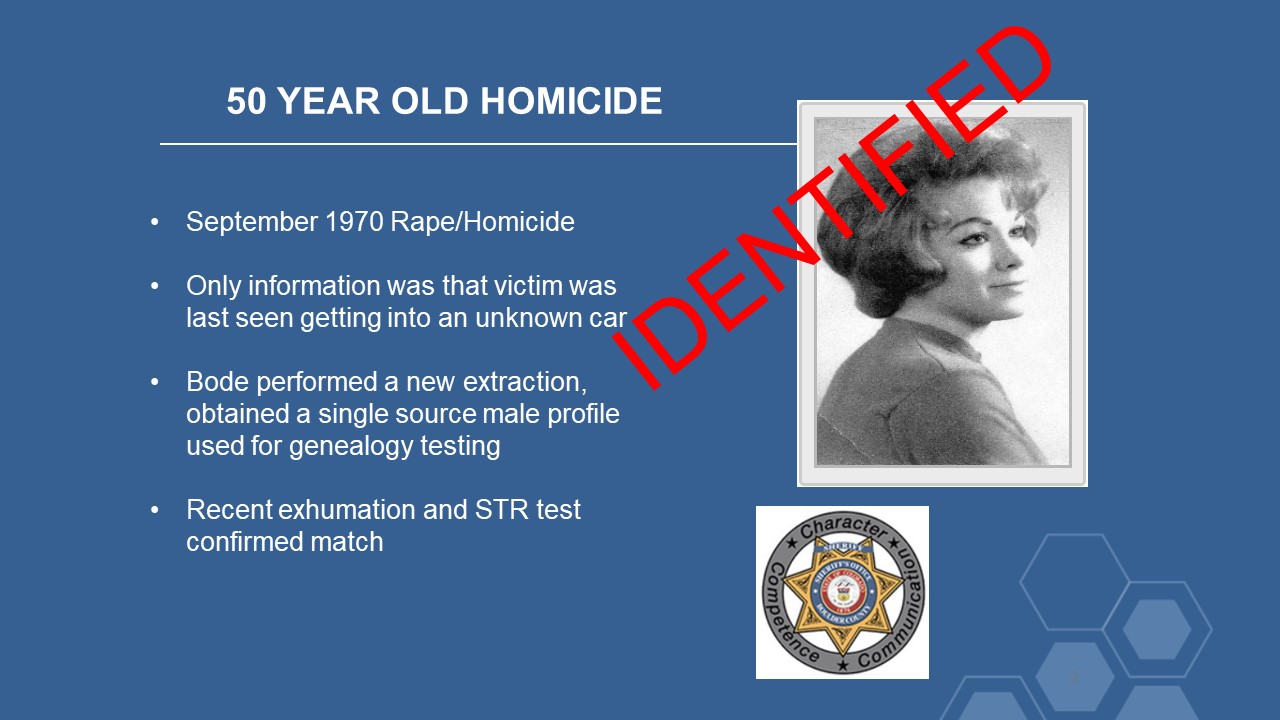 Bode supported the Boulder County Police Department and the Colorado Bureau of Investigation in the 1970 case involving the rape and killing of Betty Lee Jones, a 23-year-old mother of two. Through partnerships with the law enforcement agencies and the FBI's Genetic Genealogy Task force, an investigative lead was developed to identify a suspect in the case. 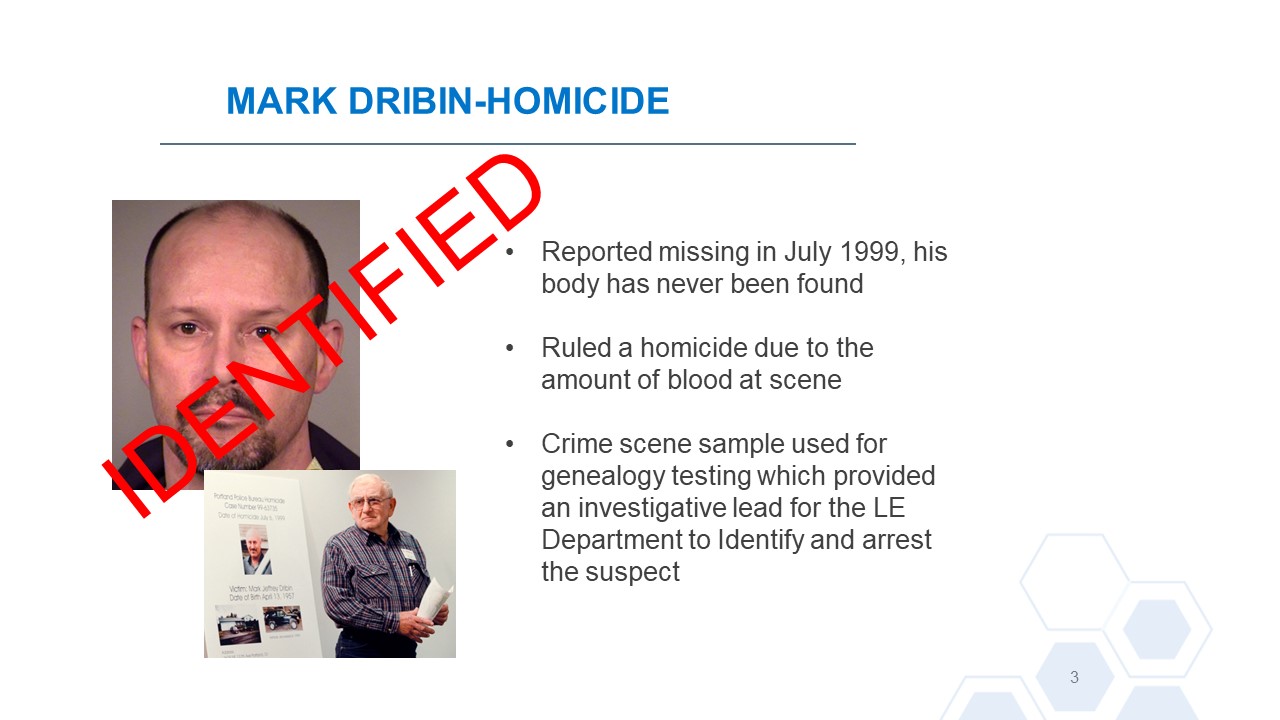 Bode partnered with the Portland Police Bureau once they re-opened a cold case on the 1999 homicide of Mark Dribin. Bode helped to identify a suspect in the case, leading ot the arrest of Christopher Lovrien by the US Marshalls. 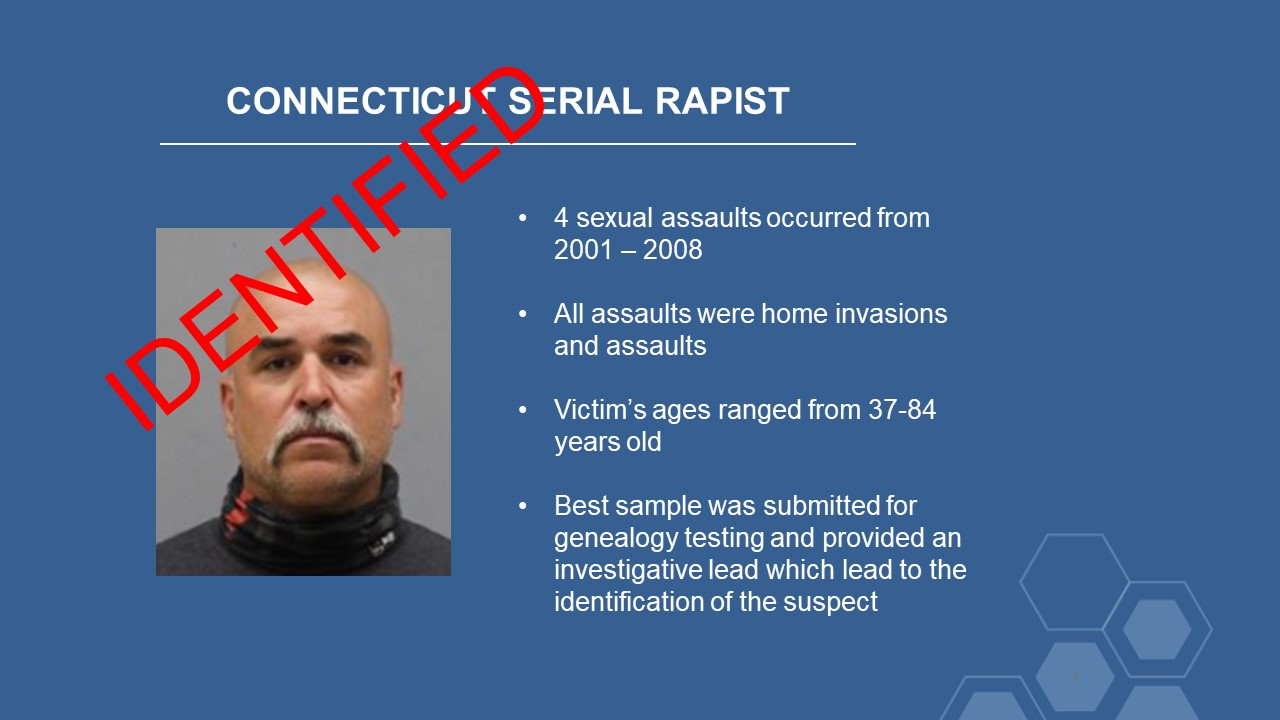 After partnering with the state crime lab in Connecticut to clear a backlog of rape kits, Bode and the lab continued the partnership to apply forensic genealogy to several serial rape cases uncovered during the testing. One of those cases led the Vernon Police Department to arrest of an individual identified as a suspect in four rapes. This effort was funded through the BJA SAKI program, which has been critical in clearing sexual assault cases throughout the country. 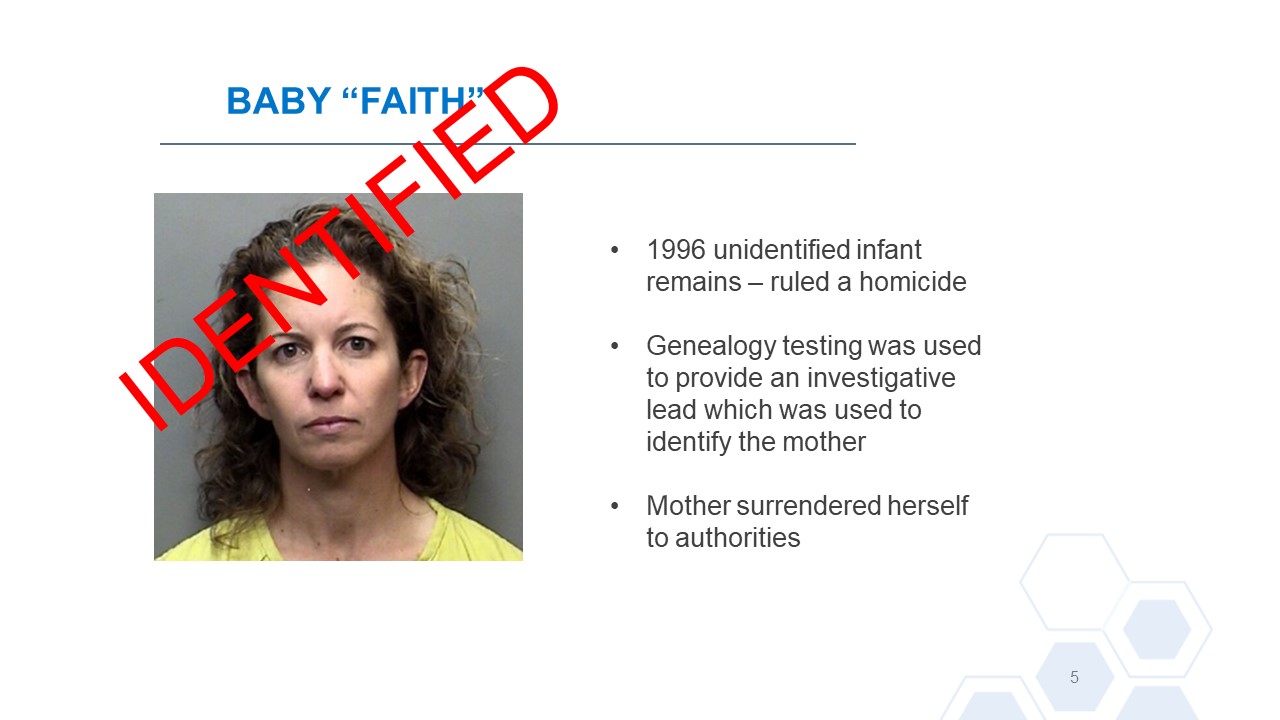 The identification of Baby "Faith" in Colorado led to the arrest of her mother from the 1996 homicide.